The Exotic of Curug Silawe 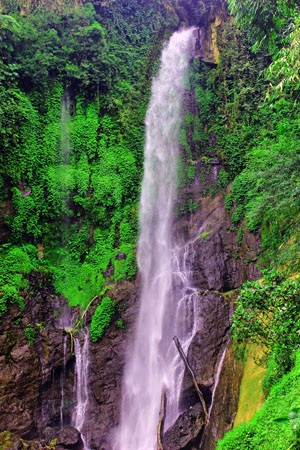 Curug Silawe or Silawe Waterfall is one of the recommended waterfall in Magelang. Surrounded by the beauty landscape of mountain and forest, this Silawe waterfall will make you fall in love with Magelang city.

This lovely waterfall will be your right place to spend your holiday with beloved ones. Before entering the waterfall complex, you will see many pine trees forest that surround the waterfall. Besides, you can see the small pond of the waterfall that makes you feel the freshness of the water. The sound of its waterfall will bring you solace to unwind the hectic days before. You are able to make yourself wet and having a clear idea how clear and fresh the water is. Enjoying the nuance while playing with the ones you are with will create another best holiday you have ever had.

Not far from the location of Silawe waterfall, there is a camp area along with the outbound facilities. Hence, you are able to stay longer for ensuring yourself to get the relaxing holiday to recharge before coming back to the busy daily routine. In addition, this waterfall is also facilitated with a mini restaurant that will spoiled you with its delicious menus. The nuance around the waterfall is really amazing. The green of the forest looks very nice and completely beautiful with the color of the blue water in the pond.

Not only offering the peaceful site to spend the holiday, this waterfall is also used as the ceremonial place. In the month of Ramadhan, before the Muslim’s fasting day starts, local people are starting to do the ceremony that known as Ngloro Sengkolo. This ceremony presents the gratitude to God for all He has given to them.

Last but not least, the best recommended moment for you to visit this waterfall is during the dry season when the rainfall is relatively low. Enjoy the peacefulness and gain the energy from the natural beauty you will get during the visit.

How to go there:
Located approximately 40 km from the center city of Magelang, we can go from the same direction to the Borobudur temple. You can start your trip from Magelang city, take the bandongan and Kaliangkrik then finish in Sutopati. Then from Borobudur you can take the route straight to the Purworejo. You can go straight till you find Krasak, and turn right to the direction of Kaliangkrik. Then from the main gate of the waterfall complex you can go to continue by walking approximately 500 meter.