The Stark Beauty of Pawon Temple 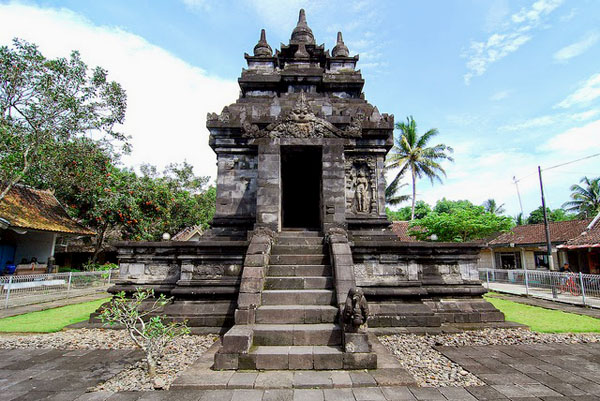 Near the Borobudur temple, it has one small temple called as Pawon temple. Pawon temple also was built by the dynasty of Saylendra. The same dynasty that built Borobudur and Mendut. Same as Borobudur, Pawon temple is a temple with the basic religious of Buddhist.
This small temple is only just several metres from Borobudur. The name of this temple is Pawon (in Javanese Pawon means kitchen). As the legend said, Pawon also used by the Gods to keep and save the weapons of the nirvana or well known as Vajranala.

The architecture of the temple, it tells about the Kalamakara, and the outside of the temple is nestled two welcoming temple as Kuwera.
Nowadays, the temple brings joyfulness for the visitors. People can watch the show of traditional dance in every weekend that will be held inside the temple. The show will be so splendid following with the Javanese traditional instrument.

How to get there:
Pawon temple is just few meters away, all you need is just take some walk and watch the uniqueness of the temple.

Best time to go:
We recommend you to visit the temple before 3 pm, to watch the dance show. You ought to know that when it comes to the weekend, the visitors will be double a ton of visitors, so get ready to miss the show.